8/1994-Al Diaz/Miami Herald--Armando Alarcon Ramirez, holding salvaged material, at right, helps build his homemade raft before his departure from Cojimar, Cuba. The Cuban government offered very little resistance to the exodus. At one point, Cuban president Fidel Castro went on television and invited Americans to send boats to pick up refugees. He even offered to sell fuel to boaters to return to the United States, but many emigrants ended up making their own rafts.

Between August 5 and September 13, 1994, more that 37,000 Cubans rode the Gulf Stream on a desperate journey to a new life in the United States. No corner of Cuba was untouched by the exodus.: Havana, Oriente, Matanzas. Out on the water, the rafters were subjected to pounding heat, 12-foot waves, and sharks. Most of these photographs in this gallery were taken during August 1994 in Cojimar, on the east side of Havana. 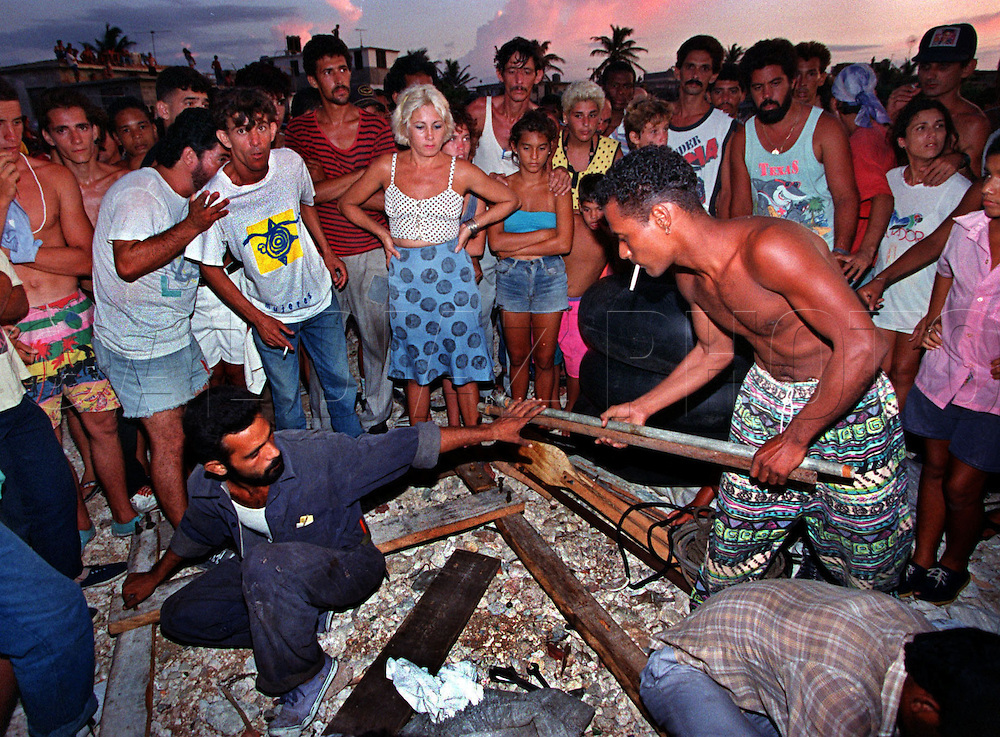