Arturo Cobo still remembers the impatient assurance given to him by a CIA-advisor at the Guatemala training camps in the final days before the invasion.
"You will own the air,'' the man testily responded in broken Spanish to all the men listening. "How many times do I have to answer this question?''
"What a joke,'' said Cobo, back then a 20-year-old banker's son who was convinced that he was answering a call to duty to liberate his country. Cobo, who left Cuba in 1961, immediately signed up to join the invasion. He served in Battalion 3's infantry unit.
"My father, who had a bad heart, begged me not to go. I told him I couldn't live with myself if I didn't do something to liberate my country from communism.''
In the mayhem of the defeat, Cobo and another brigadista, hold the distinction of being among the last captured. The two young fighters hid in a cave for three weeks.
After wandering for days in the mangrove, they were discovered by two fellow Brigade members who shared water with them, then moved on.
"We were drinking our own urine out of desperation,'' said Cobo, 70. "They saved our lives.''
They finally found a stream and a cave: "It became our home. I call it our condominium on the water.''
Hunger lured them to a farm where they begged for food: "Immediately, I was surrounded by militia men. I kept telling the lady, please give me food before I'm taken to a firing squad."
"She said, 'Oh no, dear. Don't worry. You won't be killed. The revolution has spared your life." She fed me and I ate like I'd never eaten before,'' said, Cobo, who later helped organize the Mariel Boatlift and ran the Cuban Rafter House in Key West during the 1994 balsero exodus.
Cobo spent 18 months in a Cuban prison and today cherishes a gift given to him by the daughter of a fellow brigadista, Juan Peruyero, after his death -- the camouflage Brigade outfit that belonged to Peruyero. "It's one of my treasures.'' 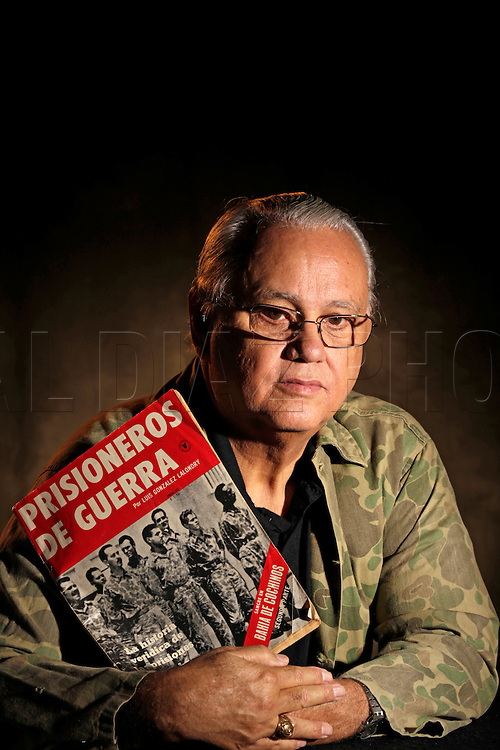